The Moondrop Chu is the latest entry-level IEM from the Chinese manufacturer. Moondrop has rapidly become a force to be reckoned with in the world of IEMs thanks to its affordable yet exceptionally well-performing products. 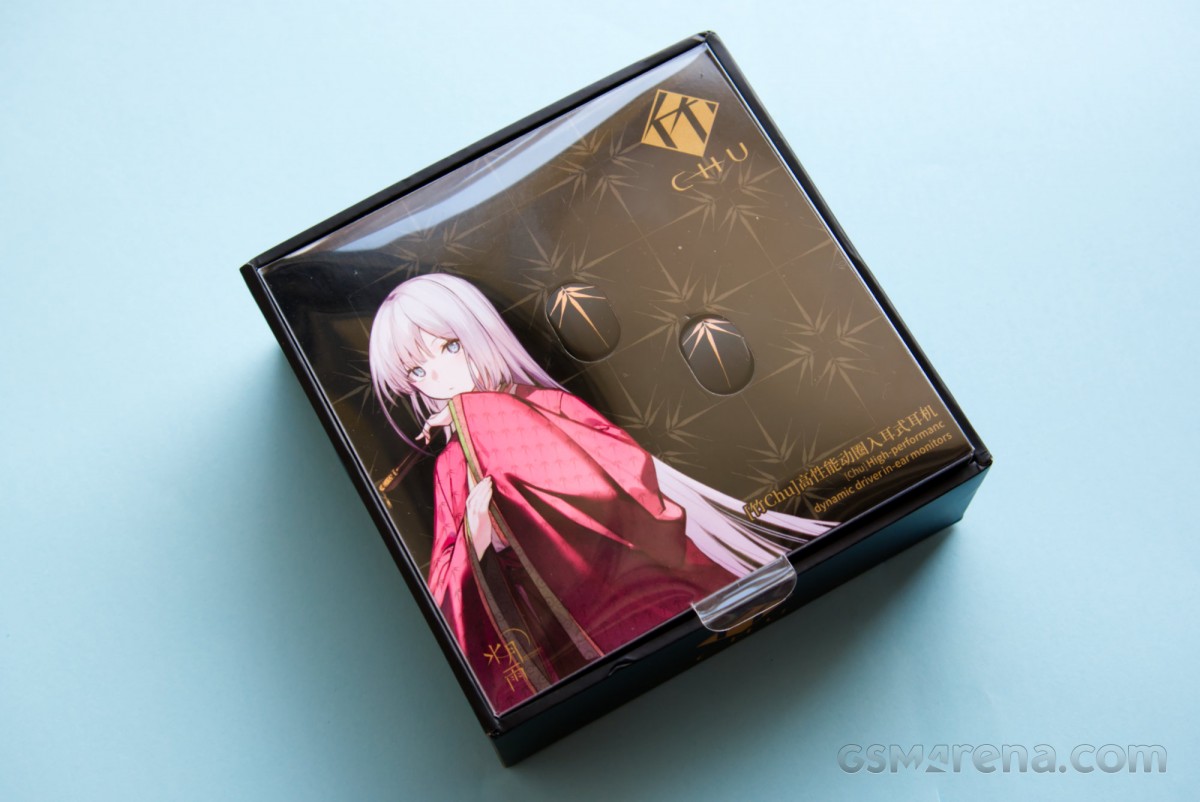 The Moondrop Chu is the successor to the Moondrop Spaceship, which we had taken a look at in the past and were generally impressed with, at least as far as the sound was concerned. The Chu comes in at the same $20 price tag, which is nothing in the current IEM landscape, with products going at upwards of 100x that price. But Moondrop has a reputation to uphold, which means even if you are paying the absolute bargain-basement price, you can still expect good performance.

With that said, let’s see how well the new Moondrop Chu performs.

The Moondrop Chu comes with fairly decent packaging despite the $20 price tag. Along with the earbuds, you get three pairs of Moondrop’s premium Spring Tips. These tips cost $13 by themselves, so it’s rather surprising that they just come included in the box.

Aside from the tips, you also get a pair of ear hooks. The Chu cable does not have built-in ear hooks so you will have to manually attach the hooks if you want that functionality. There is also a small velcro strap provided to tie the earbuds. Lastly, there is a rather pointless pouch provided. This thing is basically just wide enough to hold a single credit card in and cannot comfortably fit the earbuds. Even if you manage to shove them in, you will never be able to close the latch. The material also feels like recycled cat hair. Not really sure why they bothered with this.

As mentioned before, the cable is fixed to the earbuds, so there’s obviously no cable in the box unlike most of the other IEMs out there.

The Moondrop Chu has a very simple and minimal design. The earbuds are rather small and fit entirely inside your ears. On the back is a simple gold pattern on a black body. It’s the only color option available.

The earbuds are made entirely out of metal, which gives them a very tough yet lightweight feel. Realistically, these aren’t that much sturdier than plastic buds for everyday use but they do feel quite a bit nicer. 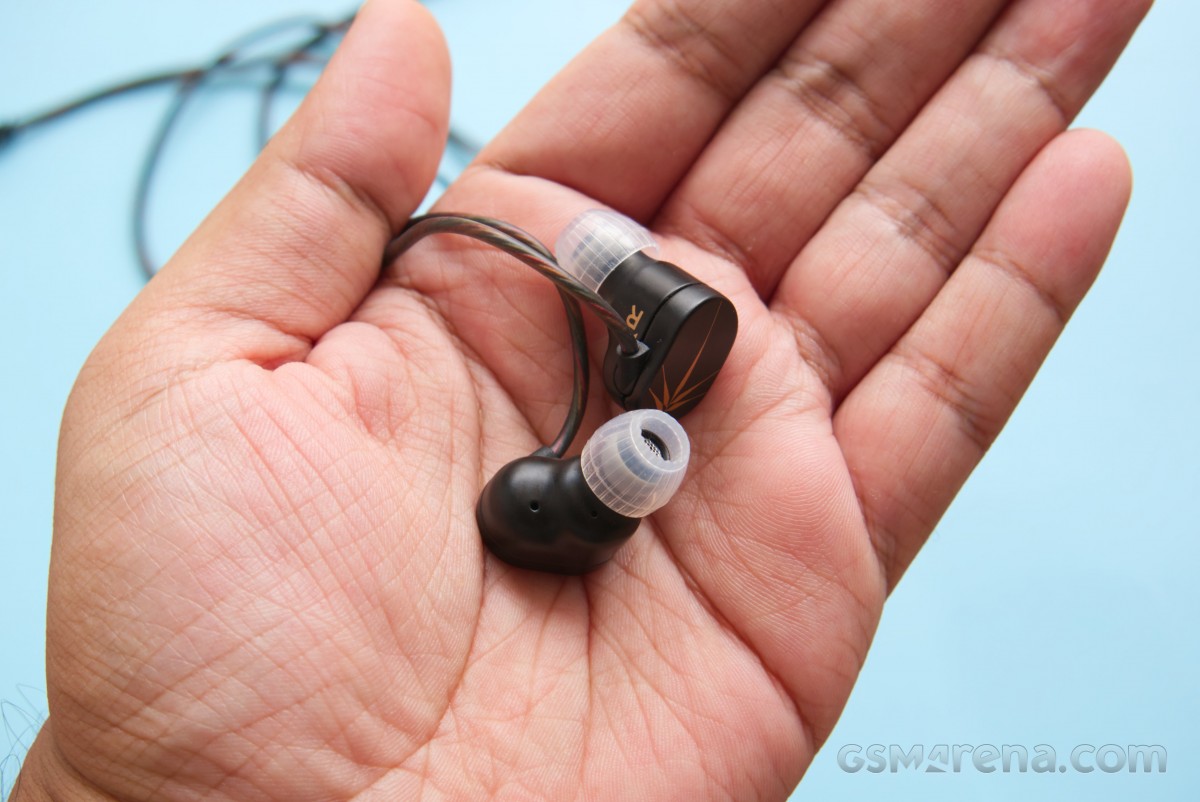 Admittedly, I wasn’t particularly impressed with these tips compared to your regular, garden-variety silicone tips. I found them harder to insert and easier to just pop out, and the tacky texture wasn’t pleasant. I also found no difference in audio quality using them compared to regular ear tips. I just think they look cooler and that’s about it.

Still, the ear tips are forgivable and more importantly, replaceable. What isn’t replaceable is the fixed cable, which I think is the biggest weakness of the Moondrop Chu. 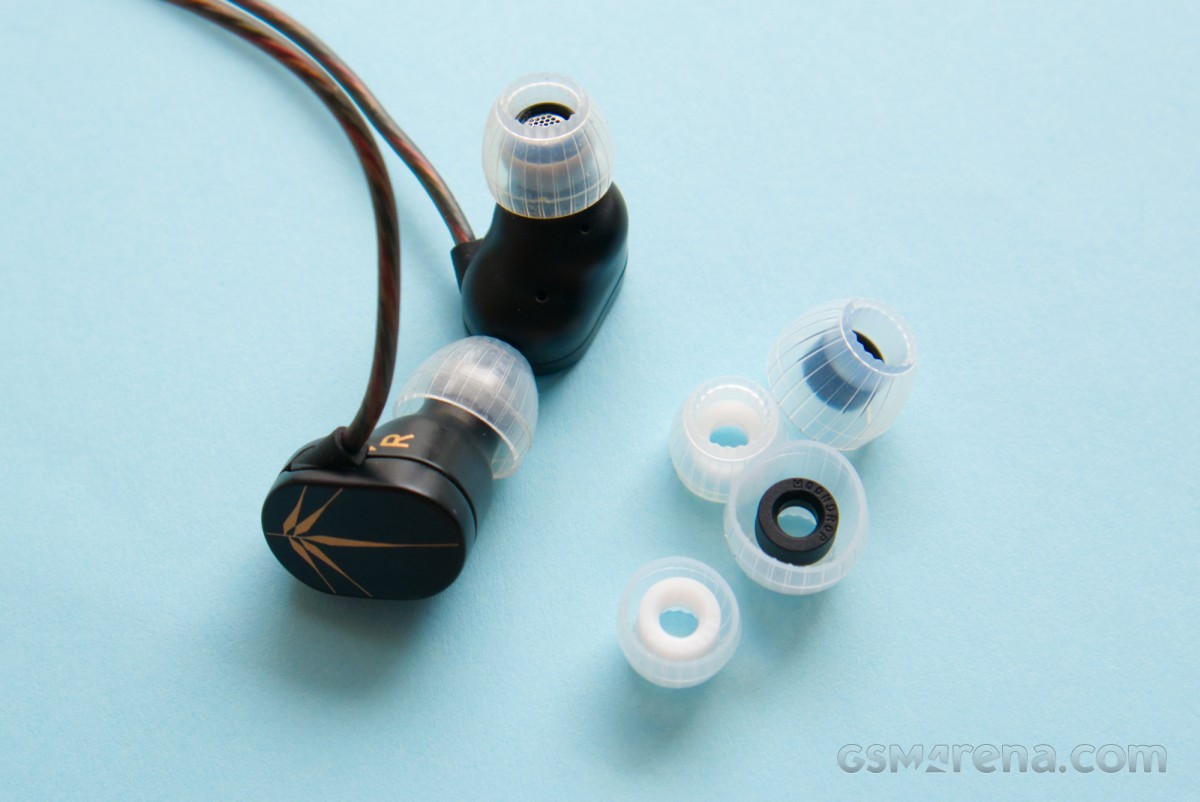 Unlike the Moondrop Spaceship, the Chu earbuds are designed to have the cable coming out their top and curve around your ears. However, the cable has no built-in kinks to keep it in place. Moondrop provides ear hooks in the box that you have to manually attach but they aren’t as convenient to wear. And without the hooks, the cable often struggles to stay in place around your ears and requires constant adjustment.

Fortunately, the cable itself isn’t terrible. By far the worst thing about the Spaceship was the cable, which had atrocious microphonics that turned the entire thing into a stethoscope. The Chu cable is significantly better. I would still like the option to replace it. While I have the standard model here, for $2 extra you can get the one with a microphone built into the cable.

Once you get past the cable, the overall comfort of the Moondrop Chu is pretty great. They are very light and fairly small so you don’t even feel like you are wearing anything. It’s really just the cable that keeps bringing the earbuds to your attention.

The Moondrop Chu have excellent audio quality for the price. The overall tonality is fairly neutral with a slight bias toward the treble.

The bass performance is exceptional. The frequency response tracks close to the reference line for the most part, with absolutely no bloat in the mid and upper bass. There is some audible bass boost in the low-bass but it’s usually not perceptible on most tracks and when it does surface it is quite the pleasant surprise, with a deep rumble that adds just that little bit of oomph to the sound. 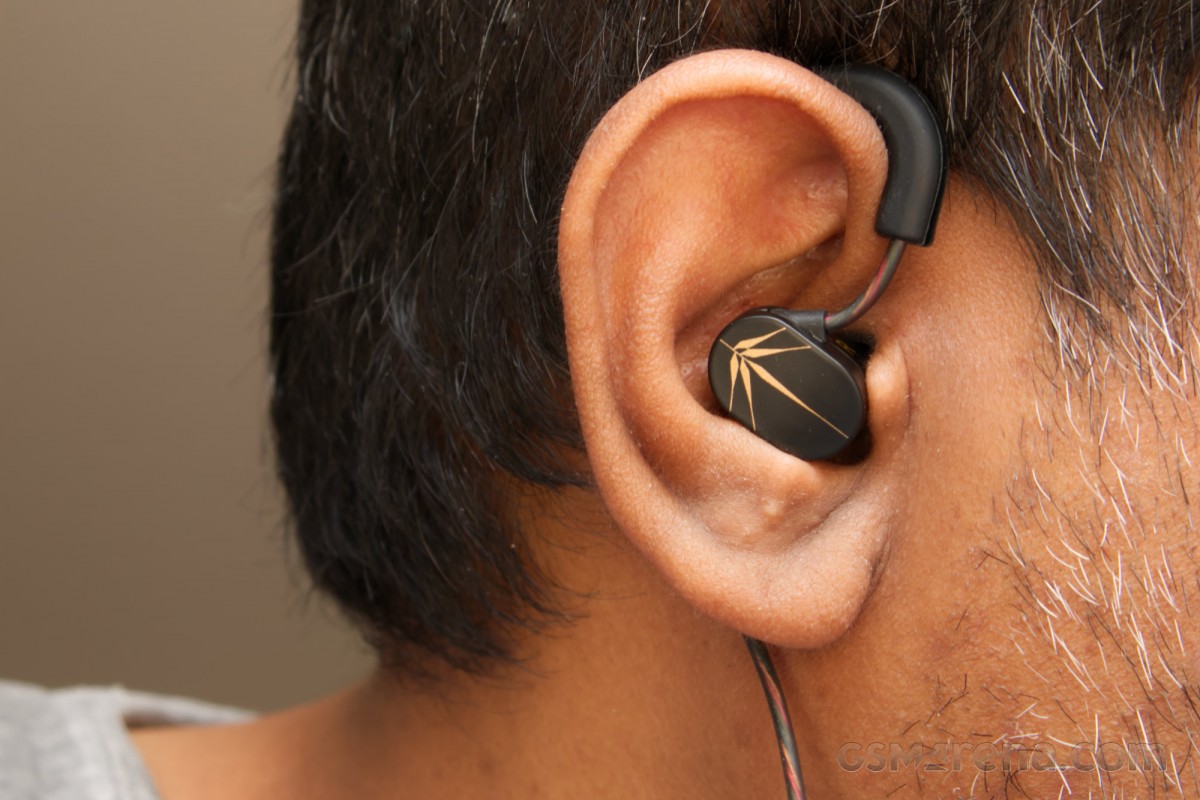 The mid-range performance is also quite good. The mid-region sounds ever so slightly pulled back to my ears, which pushes the vocals back in the mix and gives a very faint V-shape tonality to the sound but it’s still very even overall and goes in strong into the treble range.

The treble performance may make or break these earbuds for you. While the lower treble performance is good, the sound takes on a harsher, more shimmery tone in the upper ranges. It almost feels like the audible equivalent of applying a sharpening filter to an image, giving an extra edge and sizzle to vocals and instruments.

Depending upon the source, I found this to be more or less tolerable. However, there are tracks where the treble response resulted in a very nasal and metallic vocal timber, which does not sound very pleasant. For example, Drake sounds extra nasally in all his music but this can easily be remedied by listening to better artists. 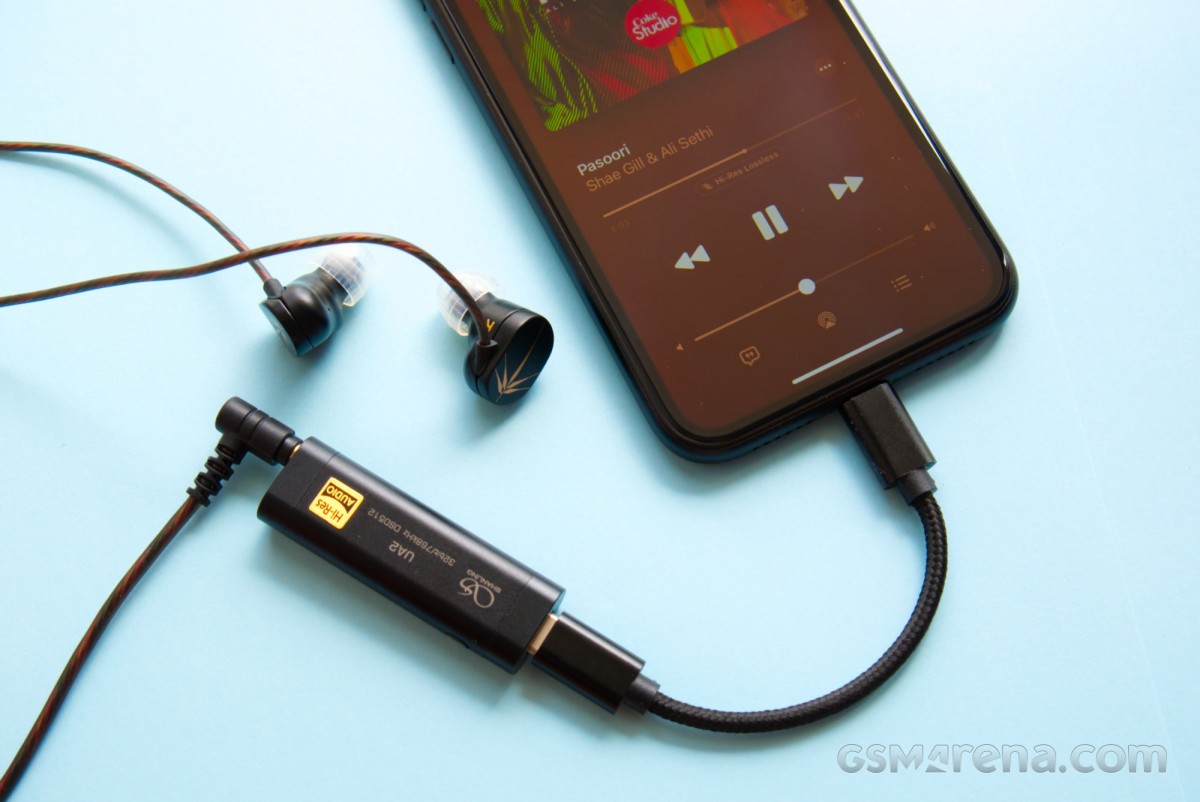 In terms of technical performance, the Moondrop Chu acquits itself well for a $20 pair of IEM. The level of detail in the sound is good; not necessarily $100+ good but you do get a level of transparency and resolution in the sound that would have been hard to come by in this price range in the past.

Imaging and soundstage are less impressive. The sound is fairly boxed in and doesn’t quite have the sense of space or articulate positioning of more expensive earbuds. These wouldn’t be my first choice for gaming earbuds but they do just fine in a pinch. The Moondrop SSR are still the better IEMs in this regard.

Overall, I am very impressed by the sound coming out of the Moondrop Chu. While it’s not impossible to hear where it lags behind more expensive IEMs, they still sound fantastic for the price. Despite the very budget pricing, the sound is catered towards an existing or a budding audiophile. This also means that if you are more of a casual listener then you may not take a liking to the neutral-leaning sound and would probably want to look elsewhere.

Despite the competitive nature of the current IEM market, it seems Moondrop is often just competing with itself due to how good its products are. The Chu is yet another colossal victory for Moondrop, this time coming in at just $20. The only complaint I have is with the cable; I wish the product was $25 instead and came with a proper, detachable cable. That aside, I really don’t have much else negative to say about the Chu. For the price, it’s a great way for someone to dip their toes into the world of audiophile IEMs or a good second, third, or fifteenth pair for someone already in this hobby and wants another pair for cheap without compromising on the sound.

Impact/300: Interviews with Black Alumni from ArtCenter College of Design

HP Chromebook x360 13b review: An interesting and thought-provoking Chromebook

HP Chromebook x360 13b review: An interesting and…