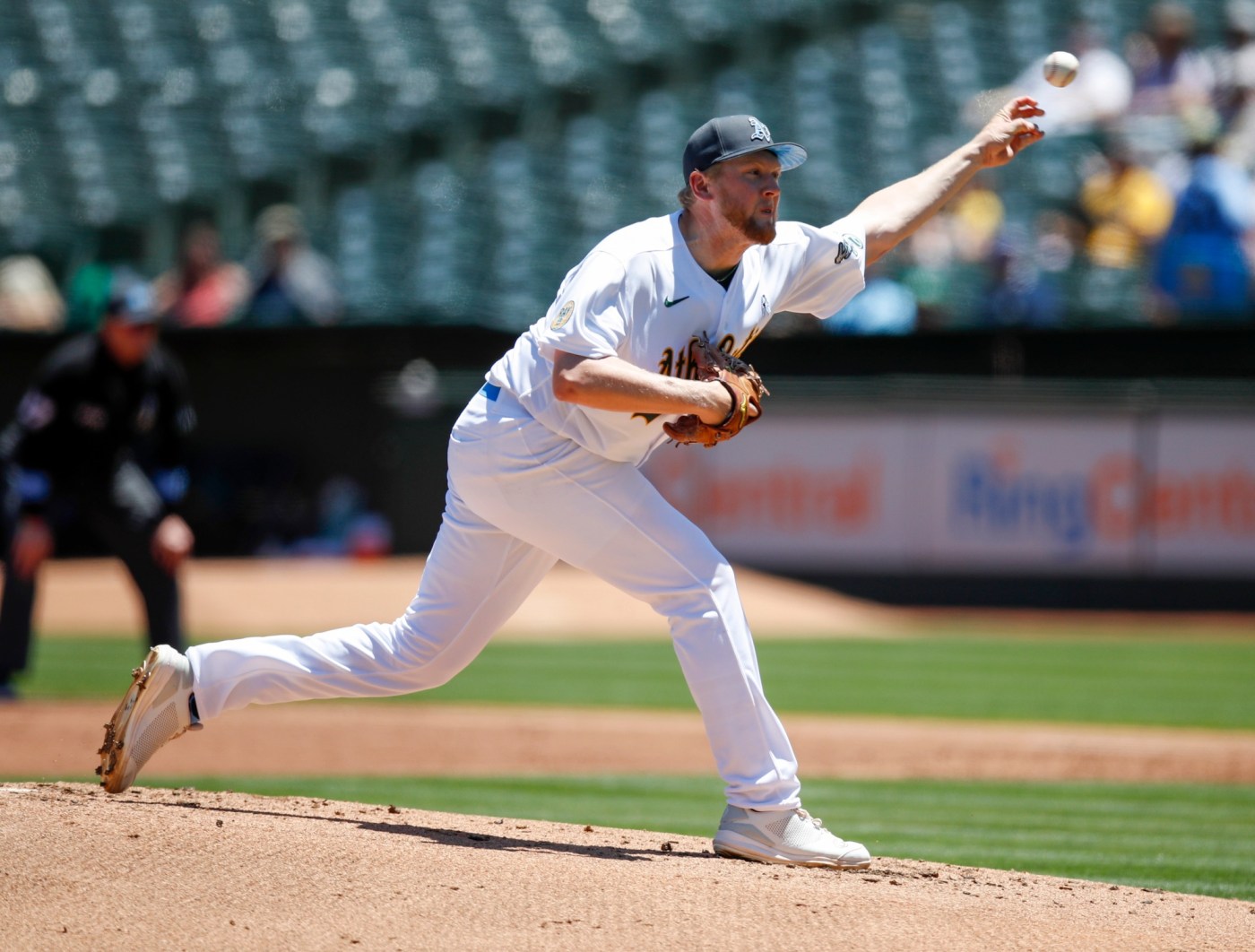 OAKLAND – A’s left-hander Jared Koenig got the kind of run support Sunday that some of his fellow starting pitchers have only sparingly enjoyed.

Seth Brown and Sean Murphy both homered to help lead the A’s to a 4-0 win over the Kansas City Royals on Father’s Day, giving Oakland an all-too-rare win at the Coliseum this season.

Brown hit a solo home run in the first inning and Murphy added a three-run homer in the sixth, as the A’s (23-45) salvaged the last game of the three-game set before a crowd of 14,341 and improved to 8-25 at home this season.

The A’s have now scored three or more runs in six of 16 games this month.

That was enough offense for Koenig, a San Jose native and Aptos High School alum, who picked up his Major League win in his third big league start.

Koenig did not record more than 12 outs in either of his first two big-league starts for the A’s, as he entered Sunday with a 0-2 record and an 11.25 ERA. Last Monday against Boston, Koenig allowed single runs in each of the first three innings in what became a 6-1 A’s loss at Boston on Monday.

Against the Royals, though, Koenig didn’t allow a hit through four innings, although a play at first base in the fourth inning involving Royals outfielder Andrew Benintendi was changed from a base hit to an error on Koenig, who dropped a short throw from first baseman Brown at the bag.

But the A’s just couldn’t get on base with any regularity, and when they did, usually couldn’t bring the runners home, going 1-for-9 with runners in scoring position. Oakland lost 5-1 on Friday and 2-0 on Saturday.

Brown’s homer to left field was his ninth of the season, but the A’s failed on a couple of chances to add to their lead.

In the third inning, Tony Kemp was sent home by third base coach Darren Bush after Michael A. Taylor misplayed Brown’s single to center. Kemp was initially ruled safe at home by umpire Alex MacKay, but after an official review, it was determined that Kemp was tagged on the backside by Royals catcher Salvador Perez.

The A’s also had runners on second and third with one out in the fifth, but Kemp grounded into a fielder’s choice and Murphy was caught in a rundown between home plate and third base. That was followed by a pop-up to third base by Jonah Pride.