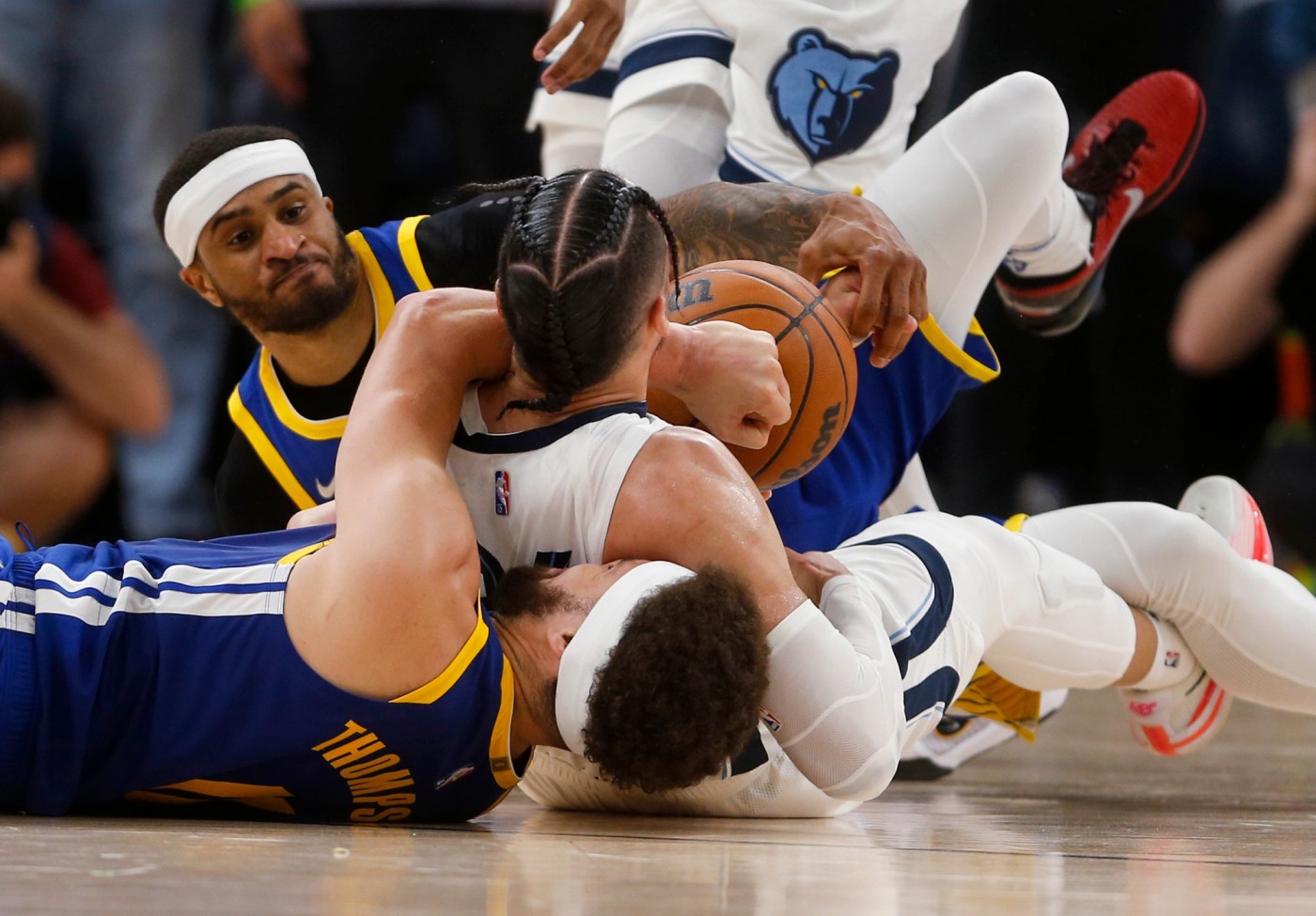 MEMPHIS, Tenn. — After taking a one-game lead in Memphis, the Warriors expect plenty of physicality and, with Draymond Green back on the court, some haranguing from the crowd in Game 2 against the Grizzlies.

“A physical night at the office,” Klay Thompson said of his expectations for the game following shootaround on Tuesday.

The Warriors used the same lineup they started in Game 1, going defense first with Gary Payton II taking on Ja Morant in their starting lineup for Tuesday night’s throwdown at FedEx Forum.

An undersized Golden State team that played half of Game 1 without their most physical player in Draymond Green — ejected after a pull-down of forward Brandon Clarke earned him a Flagrant 2 foul — managed to narrowly out-rebound the Grizzlies, one of the better rebounding teams in the NBA.

“We’ve been in this situation millions of times, and this will be the most physical game we play all year,” coach Steve Kerr said before Tuesday’s game. “Under the circumstances, who we’re playing, on the road. They’re coming after us. Our older guys know that. Younger guys may not quite understand it until they feel it. We have to prepare for it right away and we have to handle that.”

The Warriors’ know any momentary lapse in aggression can put them at a disadvantage. Their veterans can draw back in previous playoff series — including a physical bout with the Grizzlies in 2015 — to prepare for the challenge. They took notice of Memphis’ post-game remarks, noting they’d need to win the rebound battle and get more physical.

“We have to expect that they’re coming after us tonight,” Kerr said.

Adding to the on-court tension will be the fan reaction to Green. His teammates know how Green responds to the boos and heckles makes him a better player.

“I’ve been through the biggest battles with Dray and he embraces those moments,” Thompson said. “And we need that. He really makes us go, and without him we aren’t the Warriors. He’s the best in games like this.”

Added Kerr: “He relishes it. He loves it. He loves playing the villain. I don’t think it’s a bad thing at all. Sometimes it brings the best out of him, in fact it often does. I’m excited about all the fans booing him. It’s the ultimate sign of respect.”

Abortions were already expensive. Now they’re likely to get even pricier

Andre Iguodala gets shots up before Game 3, plus lineups for Warriors vs. Mavericks

Photos from Golden State Warriors are one win away from NBA…

California economy lags, but not Nebraska

Sacramento business no longer allows food inside due to…